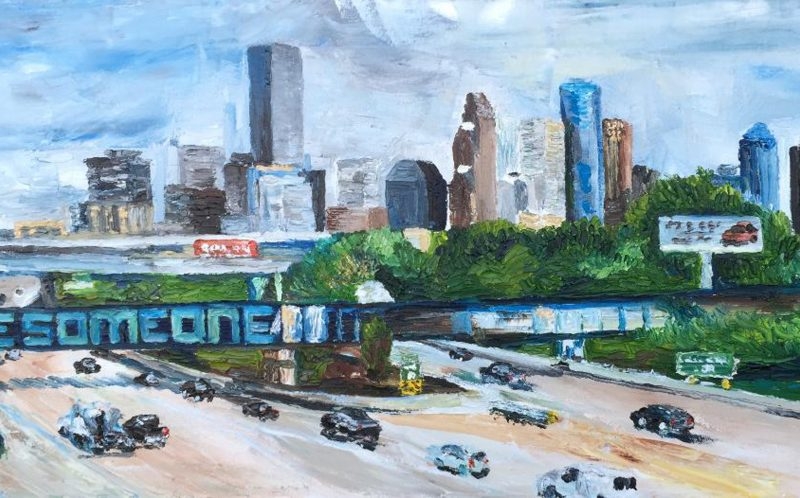 Lauren Luna was born in Columbus, Ohio. After graduating from Kent State University's School of Fine Arts with a focus in painting, she moved to New York City, specifically the Bronx. It was there where she developed her love of big city life, though quickly learning the hardships of being a young artist. She began teaching Special Education for New York City schools and entered a Masters program at Manhattan College. Upon graduation, she moved back to her hometown of Columbus along with her toddler and continued teaching. As a result of all her new responsibilities Luna was forced to put art on a back burner. It wasn't until later while participating in a local arts festival that her artistic flame was reignited, and she enrolled in the Academy of Art University. Luna began the path for her second Master's degree, this time in Fine Arts. While being represented by Terra Gallery in Ohio, Luna also began showing locally and independently at various events nationally. Luna also joined the Ohio Art League, sat on the activities board for the Simon-Kenton Boyscouts, and the Bicentennial Art Committee of Columbus, organizing a citywide artistic celebration of the 200th year of the city. Luna was also recognized in the Who's Who of Black Columbus 2010, and has been featured in numerous publications and news telecasts. In 2011, Luna quit her job teaching to relocate to Houston, Texas with her family, where she believed there were more opportunity for professional artists. There she began to pursue her new life as a full time artist and has participated in numerous art shows locally, such as Houston Press' Artopia, Bayou City Arts Festival, and has her work hanging in City Hall. Lauren Luna was named a Top 50 Entrepreneur by Scion Car Company, participated in Austin and Houston Fashion Week, was featured in British Vogue and Glamour Magazines, and had a shoe in an exhibit in the Grassi Museum in Germany. She was honored to received the Margot Siegel Award for Design by the Goldstein Museum. She was also delighted to encounter that two pairs of her shoes are a part of the museum's permanent collection. After winning Best In Show at a juried art competetion, she was commended by the Alvin Independent School District School Board, and was put into Congressional Record by the District's State Representative.  Luna continues to work actively as an artist and designer, showing her creations nationwide, and spreading her knowledge while inspiring future generations as an Adjunct art professor.

Willing to be contacted for: commissions, teaching, murals 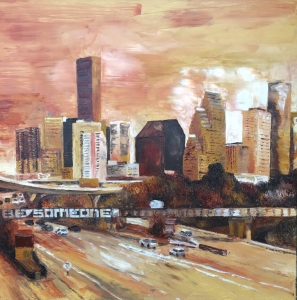 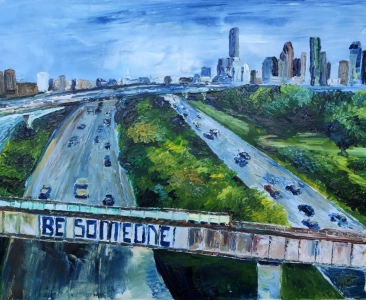 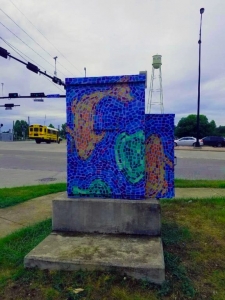 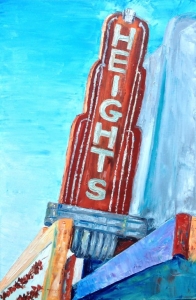 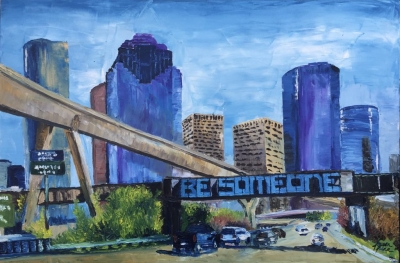 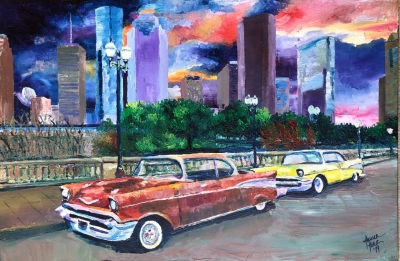 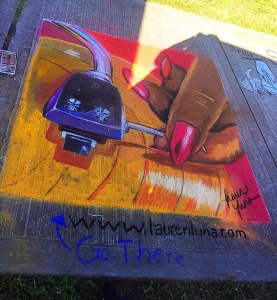 Video Compilation of a commission painting of Morehouse College.